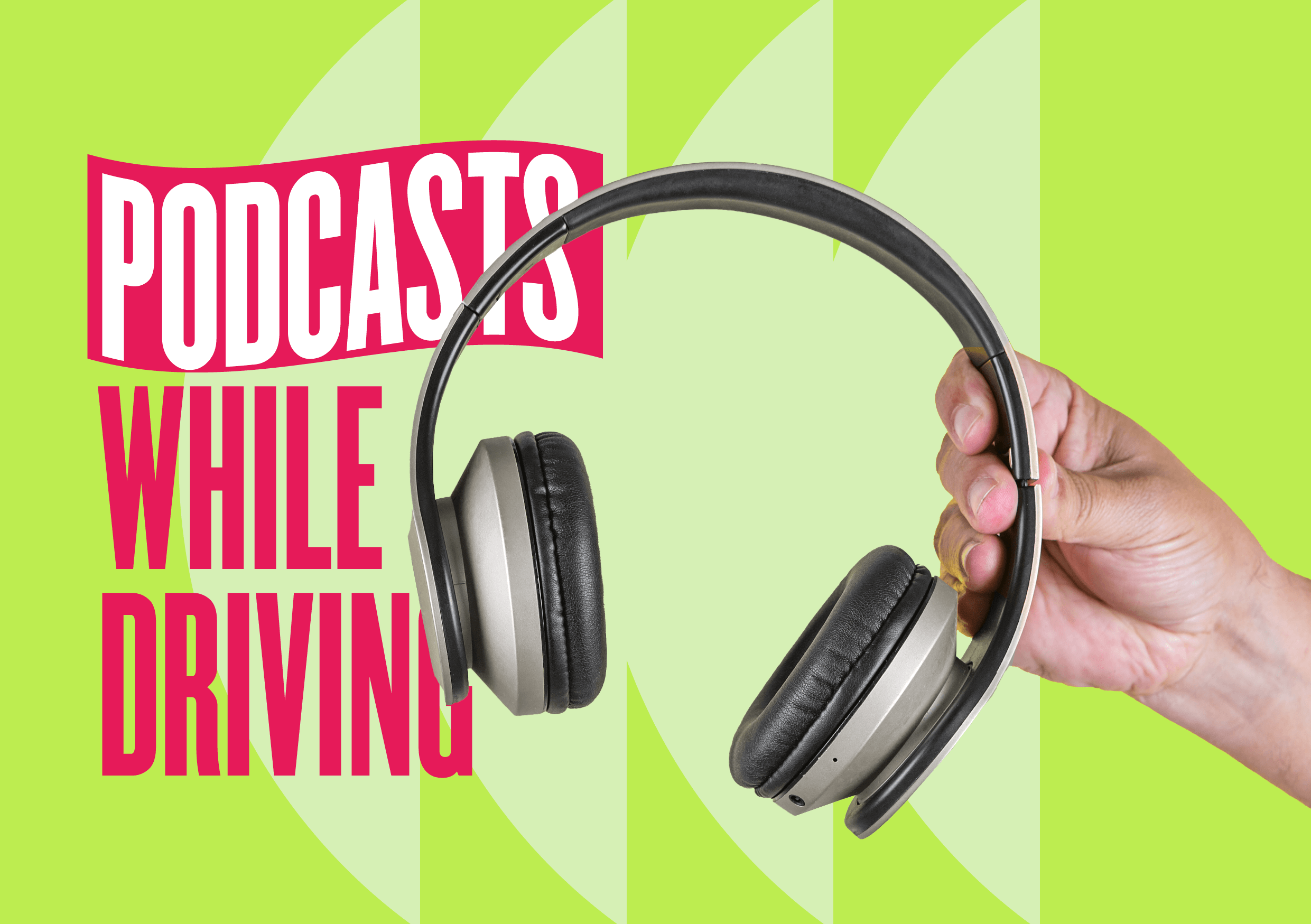 Have you ever experienced those awkward road trips when no one knows how to start a conversation? No one loves spending the whole trip in awkward silence, right? So, playing something while driving comes as a great solution. There aren’t many things to choose from though: it’s either listening to a radio, playing a word game or continuing to suffer in silence. But staring into nothing and counting the never-ending miles, isn’t your thing, is it?  If so, Podcastle has you covered! That’s why we have decided to create a list of the most thought-provoking podcasts to listen to while driving.

If you are into crime stories

This is probably one of the best podcast series for those obsessed with spooky myths and creepy stories. The hosts Alaina Urquhart and Ashleigh Kelley discuss some of the most blood-freezing crime cases, the possible solutions to a number of mysterious deaths and take their listeners to some haunted places.

To Live and Die in LA

Listen on Apple Podcasts | Listen on Spotify
Hosted by award-winning author Neil Strauss, the first season of the podcast tells about the disappearance of an aspiring Hollywood actress right from her apartment in LA. Going deeper down the rabbit hole Neil Strauss tries to find answers for the grieving family and the audience eager for quality drama.

Down the Hill: The Delphi Murders

Listen on Apple Podcasts | Listen on Spotify
Following February 14, 2017, the podcast tells the tragic story of two teens’ murders. “Down the hill” were the words of the male suspect from a short audio clip released by the police.

In case you are keen on detectives, check Podcastle's list of 15 best crime podcasts.

If you prefer comedies

Shocking crime stories may be good, but sometimes we need to relax. What’s better than listening to entertaining comedy podcasts while driving?!

If I Were You

Listen on Apple Podcasts | Listen on Spotify
Don’t know how to act in a particular situation? Don’t worry! Send an email to Jake Hurwitz and Amir Blumenfeld. Every Monday, the hosts give free advice to one of their subscriber’s offering unique and hilarious solutions concerning their issues.

Listen on Apple Podcasts | Listen on Spotify
Ivan Wise asks his guests to name six things they love and want others to know about. Get ready to discover some fascinating facts about afternoon naps, underrated baked potato, hidden treasure Spotify playlists and much more.

Listen on Apple Podcasts | Listen on Spotify
Have you ever found yourself in a situation where everyone is discussing their favorite movie or TV series that you have no idea about? If that’s what happened to you recently, then the “Newcomers” podcast is what you didn’t know you’re looking for. Listen to Lauren Lapkus and Nicole Byer discuss all the best-known movies and TV series, like Lord of the Rings, Star Wars and the Fast & Furious Franchise.

Explore 10 best comedy podcasts if you are a true comedy enthusiast. A good laugh never hurts!

If you are traveling with your family

While some of the podcasts might have age restrictions, here’s a list of podcasts for driving with kids. Choose the following podcasts if you want to introduce your children to  alternative education combined with entertainment.

Listen on Apple Podcasts | Listen on Google Podcasts
Each episode of the podcast lasts approximately 20 minutes, unveiling the lives of the most inspiring women in history. The “Good Night Stories for Rebel Girls” has been included in the New York Times bestseller list and received the Webby People’s Choice Award for being the best kids and family podcast. Learn fascinating stories about Frida Kahlo and Celia Cruz to raise the most inspired and empowered generation.

Listen on Apple Podcasts | Listen on Spotify
Attention, no adults allowed! Teens have a lot to say and teach each other because grown-ups won’t always understand them. Mic Drop episodes are best for children between 9 to 13 years old. Let your kids learn about the consequences of bullying, told by Sofia, who also shares her unconditional love for insects. Why do some people hide their anxiety or Dyslexia? Check the episode “Alex Connects the Dots” to discover the shameful beliefs around mental health and neurodiversity.

If you’re a history fan

Stuff You Missed in History Class

Listen on Apple Podcasts | Listen on Spotify
Following the search for podcasts to listen to while driving, we recommend you join Holly and Tracy in their strangest journey across the facts you might accidentally miss during a history class. Why not uncover the history of doughnuts when stopping by a cafe to have a break from your several-hour drive? Have the descriptions of the mystical unicorns shifted over history? Time to find the answers to your history associated questions.

You’re Dead to Me

Listen on Apple Podcasts | Listen on Spotify
As the creators describe themselves, the podcast is made for people “who don’t like history…and those who do”. The podcast is an excellent choice for those who need a little laughter in their lives seasoned with partially absurd historical events.

Listen on Apple Podcasts | Listen on Spotify
Look at the revolutions and historical figures that are defining world history through an alternative angle. Hosted by Mike Duncan, the podcast helps its listeners understand the actual reasons behind the rise and fall of the Roman Empire. Starting from the English Civil War till the Russian Revolution, this podcast is a true treasure for those appreciating history and the heritage left by our rebellious ancestors.

If you are a science nerd

Listen on Apple Podcasts | Listen on Spotify
Uncover the truth behind the humans’ DNA through stories, books and interviews with scientists. First launched in 2012, “DNA Today” was aimed to provide its listeners with short genetic lessons. At this point, the show is more about the interviews and in-depth discussions of specific genetic topics.

Listen on Apple Podcasts | Listen on Spotify
Standing for technology, entertainment and design, the TED Talks is a source of the most inspiring lectures on any topic you can imagine. The official podcast of the TED Talks allows people striving for knowledge to access their favorite and the latest talks in an audio format. Moreover, there are episodes where the host Elise Hu goes through and explains the talks given by the world’s leading thinkers.

See, it doesn’t matter where you listen to your preferred podcasts. You can listen to a podcast while driving, folding the laundry, doing the house chores, taking a relaxing bath, walking your dog or doing the groceries. What matters the most is enjoying the process and perceiving as much as possible. Explore new things, reveal astonishing facts about the everyday stuff, and stay curious! 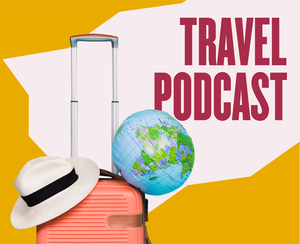 Preparing for Vacation? Check Out the Top Travel Podcasts to Go Around the World 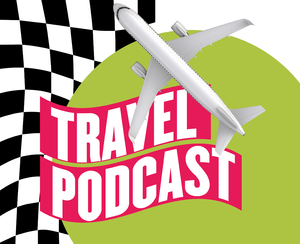 10 Podcasts You Should Listen To Before Packing for Travel