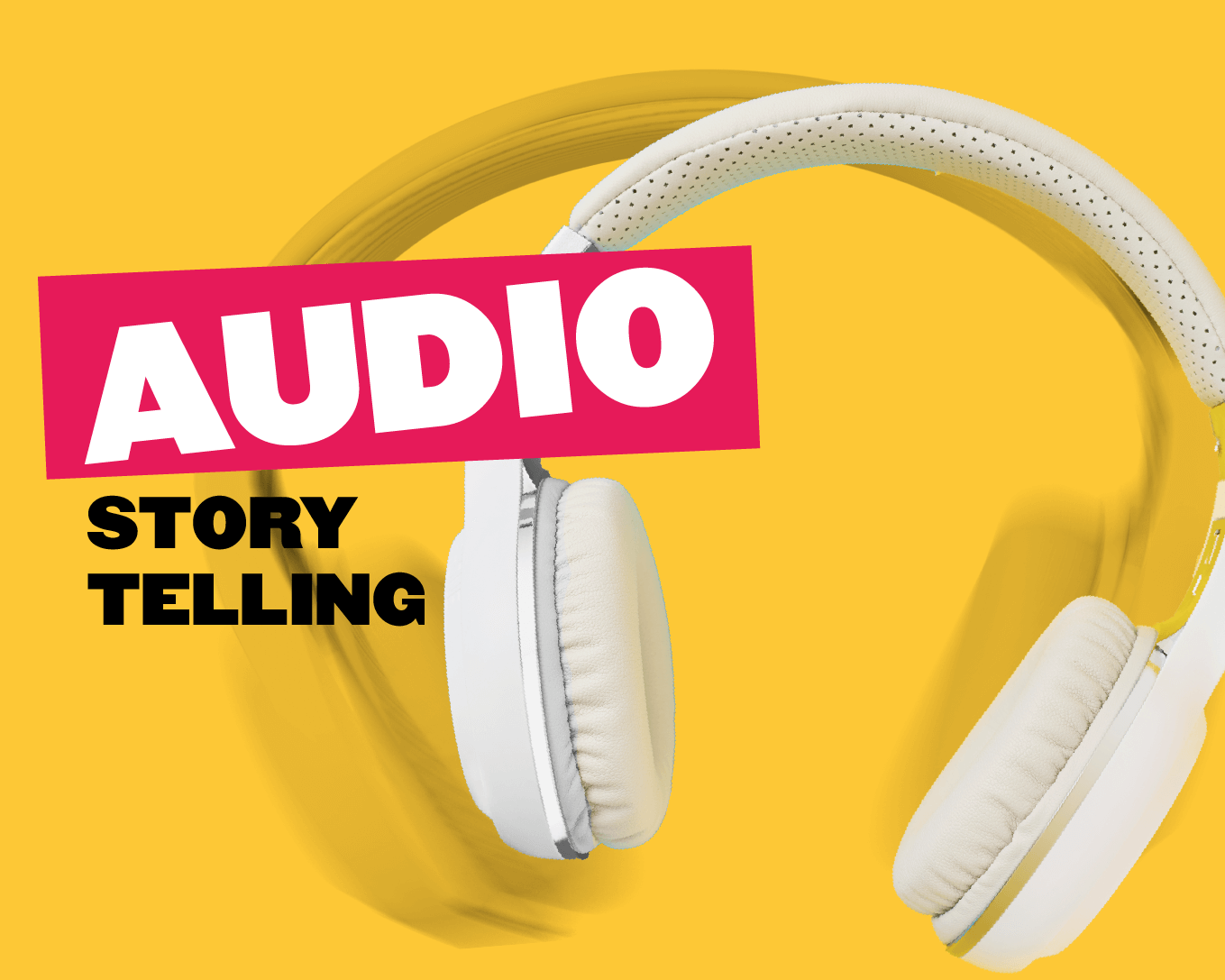 So if you're curious about where audio storytelling came from, or just want to learn more about it, read on!

What Is Audio Storytelling ?

Audio storytelling is not just about entertainment; it can also be used as a tool for education and social change. An audio story can be used to raise awareness about important issues and to educate people about different cultures and perspectives. Audio stories can also be used to create empathy and understanding among people of different backgrounds.

Podcasting has created new opportunities for audio storytelling, and the popularity of podcasts shows no signs of slowing down. Today, audio stories are being used more and more to inform, educate, and entertain people around the world.

The History of Audio Storytelling and Its Origins

The history of audio storytelling can be traced all the way back to ancient times, when traditional stories were told orally from generation to generation. Audio storytelling has come a long way since then, and it has taken on many different forms over the years.Let's now discuss its most ancient form, the oral storytelling:

Oral history is the recording and study of personal memories and experiences. It is a form of historical documentation that relies on first-hand accounts from the people who experienced the events being documented. Oral history can be used to capture the stories and experiences of people from all walks of life, and it can be used to preserve the voices of marginalized groups who are often overlooked by traditional historians.

Oral storytelling is the oral transmission of traditional stories from one generation to the next. It is a form of folk literature that often contains historical, cultural, and spiritual information. Oral storytelling is a valuable source of information for historians and scholars, and it can be used to preserve the traditions and cultures of marginalized groups.

A Brief History of Radio

Radio has been around for over a century, and during that time it has evolved into a powerful tool for audio storytelling. It all started back in the early 1900s, when radio was first used to transmit news and information. In those days, radio was used mainly for broadcasting propaganda and government messages.

It wasn't until the late 1920s that radio began to be used for entertainment purposes. In 1927, the first commercial radio station was established in the United States. This station played music and aired programming that was sponsored by companies and businesses.

Radio continued to grow in popularity throughout the 1930s and 1940s. It became a powerful medium for spreading news and information, and it also served as a platform for promoting new music and entertainers. Radio played a significant role in the early years of the American Civil Rights Movement, and it was also used to promote the war effort during World War II.

In the 1950s and 1960s, radio began to lose its appeal as television became more popular. However, radio continued to serve an important role in society, and it was used to broadcast important news stories and events. In recent years, there has been a resurgence of interest in radio, and it is now being used more than ever before for audio storytelling.

A Brief History of Podcasting

It is a type of broadcasting that allows you to share your stories and experiences with the world. It is a simple and easy way to reach a large audience, and it has allowed audio storytelling to gain a whole new level of popularity.

The best thing about podcasting is that it is free and easy to start. You don't need any special equipment or software, and you can create a podcast episode with just a few clicks of the mouse. This makes podcasting an ideal medium for audio storytelling, and it has allowed people from all walks of life to share their stories with the world.

Another great thing about podcasting is that it is portable. You can listen to podcasts on your smartphone or tablet, and you can take them with you wherever you go. This makes podcasts perfect for commuters and busy people who want to stay informed and entertained while they're on the go.

A Brief History of Audiobooks

Audiobooks are a form of audio storytelling that has been around for decades. They are a popular way to enjoy stories, and they have allowed people to access audio stories in a whole new way.

The first audio books were created in the 1930s, and they were mainly used for educational purposes. In those days, audiobooks were seen as a way to improve literacy rates and to help people learn new information.

Audiobooks continued to grow in popularity throughout the 1940s and 1950s. They were used mainly for educational purposes, but there were also a few commercial audiobooks that were released during this time period.

It wasn't until the late 1970s that audiobooks began to be used for entertainment purposes. In 1979, the first commercial audiobook was released in the United States. This book was called "The Hitchhiker's Guide to the Galaxy", and it was an instant hit.

Since then, audiobooks have continued to grow in popularity. They are now used by millions of people around the world, and they are a popular way to enjoy stories and novels. Audiobooks have also allowed people to access audio stories in a whole new way, and they have opened up new opportunities for audio storytelling.

Audio storytelling has a long and rich history, dating back to the earliest oral traditions. With the advent of radio and podcasting, this form of communication has exploded in popularity, offering listeners a new and intimate way to experience stories.

Today, audiobooks and podcasts are changing the audio storytelling landscape by making it easier than ever for anyone to create their own show. If you’re interested in starting your own podcast or recording your first audiobook, you should give Podcastle a shot. We make it easy for you to get started quickly and easily, without any of the hassle. So what are you waiting for? Start telling your story today!