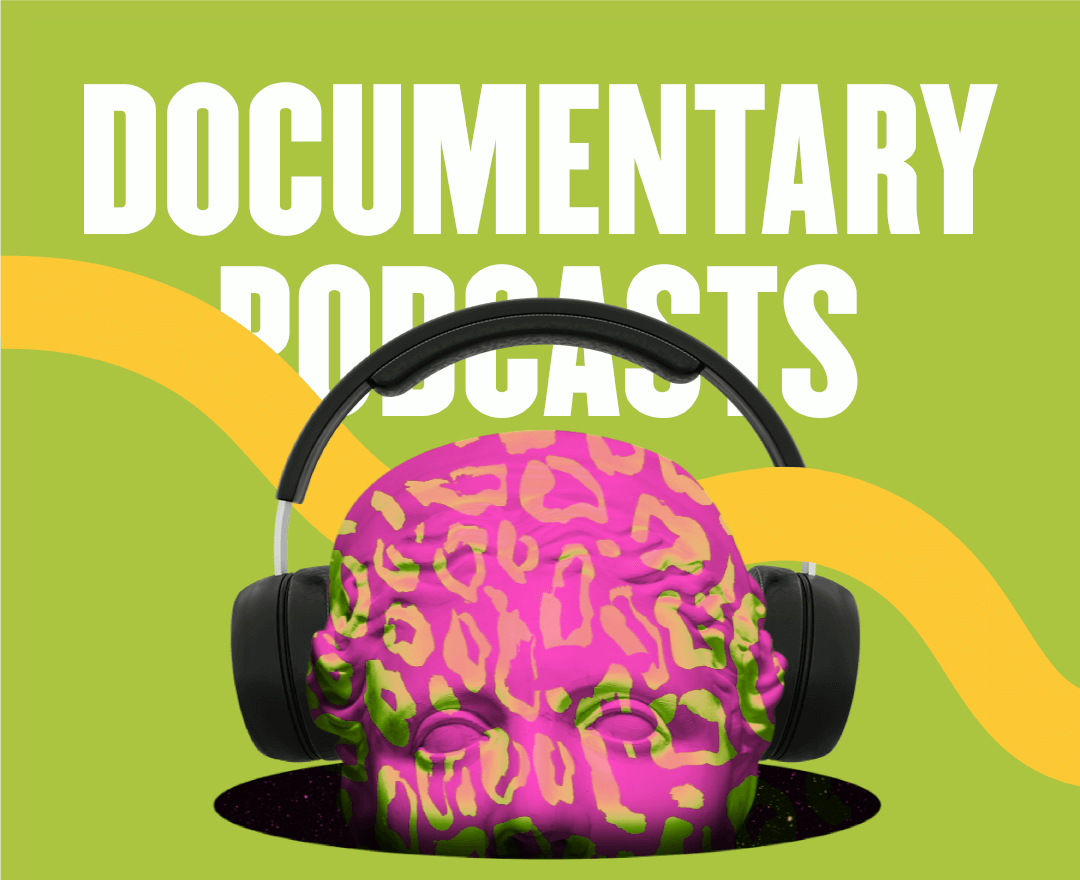 As mentioned earlier, a documentary podcast is a genre of podcasting that tells true stories in a compelling, highly polished style manner with background music. Topics can differ from prominent characters to historical events or just stories from our everyday lives. The following list of the 15 most binge-worthy documentary podcasts includes some of the best ones.

The I Am Not A Monster is an award-winning documentary podcast by British investigative journalist and filmmaker Josh Baker who is in search of the truth about Sam Sally (aka Sam Elhassani), an American woman who reportedly joined ISIS. It all started with a video of her 10-year-old son, who was coached on how to assemble and carry out a suicide bombing. What made her go for this? Why did she film her son doing that? Josh traveled to Syria and Iraq in dangerous circumstances to investigate and find answers to these questions he pondered throughout.

The Agent is а documentary podcast based on the true story of Jack Barsky, the longest-surviving sleeper agent of the KGB during the Cold War. His mission was to live under a fake identity in the US as one of an elite band of undercover Soviet agents known as "illegals." At the end of 1988, after 10-years of being a KGB agent in the United States, Jack Barsky's mission was about to come to an end.

The Agent is a production of Imperative Entertainment in association with Windjoy and was created by Jason Hoch. It's a 12-episode series with new episodes launching every Monday.

Blindspot is hosted by Jim O'Grady, WNYC reporter, and based on The HISTORY® Channel's television documentary "Road to 9/11". It has two seasons: "The Road to 9/11" (Season 1) and "Tulsa Burning" (Season 2).

"The Road to 9/11" sheds light on the events that happened before the 2001 terrorist attacks and took place out of the public view – 10 years of botched leads, near misses, and bureaucratic inertia. Jim O'Grady has drawn on interviews with security experts, FBI agents, high-level officials, and other people who knew the terrorists personally.

"Tulsa Burning" takes listeners to the thriving Greenwood District in 1921, known as the "Black Wall Street" – and its destruction by white supremacists with the approval of law enforcement.

The Tulsa race massacre took place on May 31 and June 1, in 1921. Host KalaLea tells the story of this neighborhood through the stories of survivors and descendants.

Fallen Angel is a documentary podcast about one of the world's most iconic brands, Victoria's Secret and its secrets. The series investigates the origin story of this brand, its effect on American culture for nearly 40 years and its drastic rise and fall. It's told by women who witnessed what really happened behind the scenes. Tune in to find out how the lingerie retailer rose to the top of women's fashion and how its fall from grace has created an uncertain future for the company. The podcast is co-hosted by Vanessa Grigoriadis and Justine Harman and produced by C13Originals, a Cadence13 studio, and Campside Media.

The podcast is about the notorious cryptocurrency scammer Dr. Ruja Ignatova. Back in 2014, this mysterious but brilliant businesswoman turned out of nowhere and persuaded millions to join her financial revolution, saying that she got the world's next Bitcoin, the next great cryptocurrency that's going to explode in value and make everyone rich. Millions of people around the world invested in this. which turned out to be a very clever Ponzi Pyramid Scheme. She made billions of pounds selling a fake cryptocurrency called OneCoin, before disappearing in 2017. None of her victims located worldwide have received any of their money back. Follow this documentary podcast by Jamie Bartlett, bringing light to this fascinating story of greed, deceit and herd madness.

This weekly documentary podcast is hosted by Seth Rogen. The concept of the show is that every week he asks somebody to share a story to tell on his podcast.

This podcast is not a typical comedy show. Each episode is like a little audio documentary, coming with supporting interviews with a rhythmic editing style. Storytime starts with Seth Rogen's curiosity about the world, people and always ends up in an unexpected way.

American Scandal is hosted by Lindsay Graham, coming out every Tuesday. The concept of this podcast is picking American scandals and going back to revisit them, telling them in an informative and interesting way. Scandals have shaped America since its founding - from politics and business to sports and society. The show takes its listeners deep into the heart of America's dark side driving people to break the rules and showing what happens when they're caught.

The Rabbit Hole, Hosted by Kevin Roose, is an 8-part narrative audio series from The New York Times about what the internet is doing to us and how it's changing us. The host takes its listeners on a YouTube journey, mapping out how it influences news and culture and how it's shaping the views and actions of many people. Tune in to this mesmerizing documentary podcast to find out more.

This podcast aims to delve deep and shed light on some of history's old and dark stories, separate facts from fiction about remarkable events and characters in history like events of witch trials taken place in the colonial village of Salem, Massachusetts in 1692, or about Grigori Rasputin, one of the most mysterious characters and Jack the Ripper, etc.

If that's something interesting to you, tune in to better understand where we've come from and make it Unobscured.

The British Scandal is a weekly investigative documentary podcast hosted by Alice Levine and Matt Forde. Well, British scandals really change the course of history. Alice and Matt tell the stories of the murkier side of the British elite, from Nick Leeson, a former derivatives broker from the UK who famously caused the collapse of Barings Bank, to Saville and Profumo's affairs showing listeners the reality of power, the price of pride and the failings of the great and good.

11. Jensen and Holes: The Murder Squad

The podcast is hosted by the retired Cold Case Investigator Paul Holes and Investigative Journalist Billy Jensen. They delve deep into missing person cases, unsolved murders, unidentified remains, trying to solve the crime using a variety of methods, from old-fashioned methods to advanced technologies, social media geotargeting, familial DNA searches, and also the skills of their listeners who become active members of The Murder Squad by sending their tips and theories.

Bad Batch is a documentary podcast hosted by Laura Beil, the award-winning host and reporter of "Dr. Death." Many patients searching for a miracle cure end up in critical and horrible conditions. They hunt to find out what went wrong with all this before more people suffer.

This documentary podcast is hosted by lifelong aviation enthusiast Gustavo Sorola and his co-host Chris Demarais. They dig deep to break down the major accidents in aviation and the steps taken to prevent future disasters. Gustavo and Chris explain incidents in Lyman's terms, thus making it available to a wide variety of people both in aviator and non-aviator categories.

The Newt's World is hosted by futurist, professor, historian, and former House Speaker, Newt Gingrich. He shares his lifetime knowledge and access to the most interesting minds around the world. It covers almost all aspects of our society - from history to health, national security to science, This podcast is about exploring the past, present, and future to understand where we are coming from and where we're going.

On Tug of War is a documentary, limited-serial podcast hosted by CNN Chief International Correspondent Clarissa Ward. She travels to the most volatile corners of the world to document the greatest power struggles of our time and the rise of autocracies. Clarissa Ward takes listeners onto the streets of Afghanistan as the Taliban takes control, investigating the story of poisoning Kremlin opponent and daring activist Alexey Navalny, the death of a revolution in Syria and a lot more.
Available on: Apple, Spotify, iHeart, Audible