If you're a fan of the Joe Rogan podcast, you know that he always has interesting and insightful conversations with guests. But even if you're new to the show, you're in for a treat. This guy is hilarious, and his interviews are always insightful. On The Joe Rogan Experience, Joe discusses everything from MMA to comedy to the paranormal. Today, we've compiled a list of the best Joe Rogan podcasts so that you can stay up-to-date on all the latest episodes.

Who Is Joe Rogan?

Joe Rogan is a famous American comedian, podcaster, and a former television presenter. Joe released his first comedy show, I'm Gonna Be Dead Someday, back in 2000. His podcast, The Joe Rogan Experience, was launched in 2009. This is the perfect podcast for anyone who wants to learn more about the world, in an entertaining way. In each episode, Joe interviews a different guest, and they discuss everything from current events to personal experiences. The show is always entertaining and informative, so make sure to check it out!

Having more than 52 million views on YouTube, this is the most popular podcast episode on the web. The episode lasts approximately 2.5 hours, during which Musk tells about his business ventures and his most mesmerizing plans.

Interesting fact: In this episode Musk offered Rogan to smoke weed. As a result, Tesla stock dropped significantly once the episode was launched.

Rogan had one of the most insightful interviews with the legend of filmmaking, Quentin Tarantino. Tarantino takes the listeners through a three-hour-long journey where he discusses his career from the start to the present, and even unleashes a couple of his future filmmaking plans.

Another episode with more than 14 million views on YouTube is Bernie Sanders. Here the politician tells about some of the most challenging aspects of campaigning for the Democratic presidential nomination. The episode will especially please those who are fond of political backstage stories.

30+ million views speak for themselves! Edward Snowden has been among the most famous figures of modern history. A former Central Intelligence Agency employee and subcontractor, he managed to copy and leak top-secret data from the National Security Agency in 2013. In the #1368 episode, Snowden presents his Permanent Record book (click for the Amazon link), where he unveiled the truth behind his decision to share the classified NSA documentation with the public.

Dr. Rhonda Patrick has a Ph.D. in biomedical science from the University of Tennessee. She's a well-known expert on nutritional health. Being a frequent guest at The Joe Rogan Experience, she's appeared on nine episodes,she has shared her valuable experience about a healthy lifestyle, vitamins, and everything concerning modern medicine.

This is a truly fascinating talk covering insights on every topic, starting from aliens to government. Bob Lazar is a physicist from New Mexico working on extraterrestrial engineering technologies. The second guest is Jeremy Corbell, a contemporary artist and filmmaker.

Ben Shapiro is the editor-in-chief of the Daily Wire. Back in 2017, Ben and Joe discussed US politics, including Donald Trump's actions and gender-related issues. As the conversation flows, it becomes evident that Rogan does not share most of Shapiro's views. This, however, does not get in the way of having a healthy open discussion on several issues of the time.

Moreover, Shapiro is the author of “How to Destroy America in Three Easy Steps” book (click here for Amazon link).

Who doesn't know the legendary heavyweight boxing champion? No surprise that the interview with Mike Tyson has over 18 million views on YouTube! The legend appeared two times on the show, but those two episodes were enough to explore the fascinating world Tyson lives in. In addition to all the crazy details of Tyson's professional life, the boxer also shared the  challenges he was going through while fighting his drug addiction.

Filmed in 2019, this episode is hosted by  the co-founder and former CEO of Twitter, Jack Dorsey. The conversation involves two more prominent participants , Vijaya Gadde and Tim Pool. Vijaya is the head of the legal, policy, and trust departments at Twitter. In 2014, Vijaya was chosen as the most powerful woman on Twitter's executive team. Tim Pool, an independent journalist acting as the host of this episode, asks some truly intriguing questions. What comes to Rogan, he is the moderator of the episode. The four-person podcast is an ideal illustration of how smoothly organized yet lively podcasts can be.

Last but not least. Although this episode is the oldest one on today's list, it is definitely worth watching. Lance Armstrong is a former professional road racing cyclist and a 7-time winner of the Tour de France. In this episode, Rogan reveals the scandal behind Armstrong's usage of performance-enhancing drugs. Thanks to the host's professional interviewing skills, the conversation flows rather smoothly.

Joe Rogan is one of the most exciting people in the entertainment industry. He's a stand-up comedian, actor, UFC commentator, and a podcast host. So, if you're looking for an entertaining and informative podcast covering everything from current events to mental health, the Joe Rogan Experience is definitely worth giving a shot. 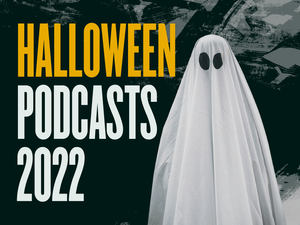 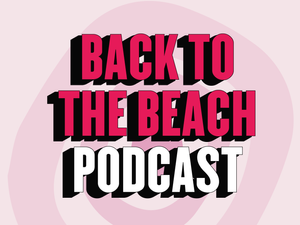 Back to The Beach Podcast: The Ultimate Overview 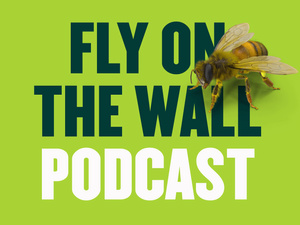