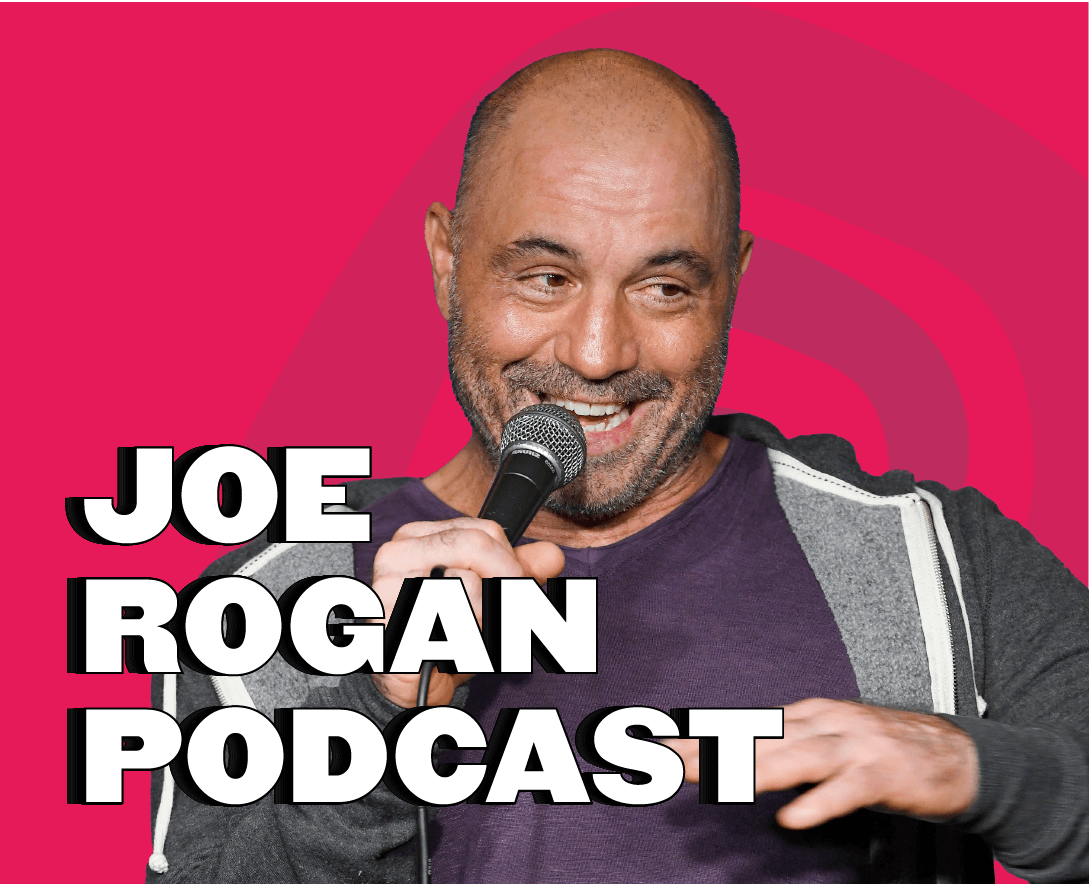 An American standup comedian, UFC color commentator, martial art artist, and "fear factor" host who began podcasting over a decade ago for fun, filming unfiltered videos of himself with friends getting high, is now dominating the podcast industry when it comes to success, listeners, and influence, Joe Rogan.

Joe Rogan's podcast has a distinctive feature which is diversity. Whatever you're looking for podcasts about, health, politics, relationships, weird conspiracy theories, etc., you would find it at Joe Rogan Experience. He goes where others fear to discuss, from scientists, entertainers, and celebrities, to deep web members; he has no limits or taboos.

Joe Rogan Experience has reached more than 1700 episodes. Additionally, Joe now is Spotify's highest-paid podcaster with a 200million deal for the exclusive right to host his podcast.

Actually, it's difficult to determine how to begin listening to Rogan's podcast with a massive episode count. Therefore we gathered the 15 best Joe Rogan Experience podcast episodes.

Elon Musk, the leading innovator, CEO, and founder of Space X and Tesla, made an extraordinary episode on the Joe Rogan podcast. From discussing the future of artificial intelligence to smoking weed live and ending up somehow costing the US taxpayer $5 million, this episode has gone viral.

Musk opened up in the interview about his controversial character, getting personal sometimes and even calling his company's flamethrowers "dangerous" and "wrong."

It's doubted that anyone doesn't know the NSA whistleblower Edward Snowden. The former CIA employee who leaked the NSA's top-secret files and fled the USA in 2013 to an unknown location had chatted for 3 hours with Rogan.

Snowden talked about popular conspiracy theories such as aliens, the surprising amount of surveillance, and how our online privacy has changed since his conviction.

The man who simplified science, so you can listen to him talking about the cosmos for hours and enjoy it, Neil deGrasse Tyson, the American astrophysicist, author, and science communicator, has been the guest of the Joe Rogan podcast on several occasions. Every time Rogan takes advantage of Tyson's appearance to ask him about issues that seem hard to explain to the public, and allows him to clarify them excitingly and straightforwardly.

Lance Armstrong, convicted of doping in 2012 and the seven-time Tour de France winner, opened up in Rogan interview. He talked about the referral by the United States Anti-Doping Agency to him as the figurehead of "the most sophisticated, professionalized and successful doping program that sport has ever seen." The famous cycler revealed some hidden secrets in the episode.

In all professional sports, Mike Tyson may be the most consensual figure. The former American boxer skyrocketed to fame by becoming the youngest heavyweight champion in history at 20 but unfortunately crashed as hard. But that couldn't stop him. Now, after 20 years, he is living the dream life. The Iron Mike episode is worth your time as he shares his secrets and long experience through it.

Kanye West, the "Jesus is king" artist, has shown up on Joe Rogan's podcast after Joe's deal with Spotify! The man claimed that God assigned him as "The leader of the free world" and referred to his brain as a "symphony of ideas" for almost three hours about his relationship with God, his presidential run, racism, and the music industry.

For all movie fans, this is a fantastic episode to listen to. Quentin Tarantino, the creative mind and director of some masterpieces such as" Kill Bill" and "Once upon a time in Hollywood," spotlighted the filmmaking industry. He dove into the behind-the-scenes and the director's career.

This is an excellent opportunity to get a closer look at the modern North American tribes, especially how they dealt with the COVID-19 pandemic. Rogan has a citizen of the Choctaw Nation of Oklahoma and the executive director and attorney for the Association on American Indian Affairs, Shannon O'Loughlin. The 3-hour interview deepens into exciting topics to get to know the culture of the tribes and how they manage to get along with the American culture and preserve their traditions simultaneously.

Most of us have trouble sleeping, especially with our modern stressful lifestyle. So, Matthew Walker, the Center for Human Sleep Science's founder and director, provided valuable and interesting information and tips about various subjects in this episode. So, if you're looking forward to a healthy and informative discussion, this episode is excellent for you.

One comedian show is great, but two comedian shows is what no podcast can beat! Rogan had a fantastic interview with the comedian and actor Russel Brand. The unique chemistry between them resulted in a fascinating full of humor episode. However, it was also a great opportunity as Brand opened up to some of his personal insights.

The famous pop star, Miley Cyrus, takes advantage of the Joe Rogan podcast to talk publicly about hidden aspects of her life. She talked about growing up in a celebrity family and how hard it was. Also, she spoke about the recovery journey she had to go through after having some terrible experiences. Additionally, they provided excellent health tips that are worth taking into consideration.

We all fall in love with the genius kid left alone at home, how he dealt with thieves, and the great pranks he used. The rising child star Macaulay Culkin talked about the challenges of being a star at such a young age back in the 1990s. What ups and downs he faced, and how he overcame them. This exciting interview is worth listening to.

Mark Calaway, aka" The UnderTaker" himself! For WWE Fan, this is a great interview. Rogan had the chance to sit down facing the undertaker and get deep with him, revealing the real personality of one of the best fighters ever. Mark talked about his fight start and the long journey to becoming who he is now.

Dan Bilzerian is the man everyone loves to hate. Initially, he wanted to become a Navy Seal, but after he was forced out, he gave up college to become a professional poker player. Dan talked about some of the craziest things he has done so far, such as the bicycle travel bet to get from Las Vegas to Los Angeles in less than 48 hours on a bike; the bet was for 1.2$ million! More things you can find in the episode.

Regarding the origin of the UFO theory" Area51", Bob Lazar is the most known area 51 whistleblower. Lazar appeared in a documentary directed by Jeremy Corbell claiming to have reverse-engineered an alien spacecraft. For those who are fans of UFO-related topics, this episode is a must-watch as the guests discuss the strange occurrences at Area 51 and other related topics.

If you're a regular podcast listener or starting the podcast journey, listening to Joe Rogan Experience is a must. The former comedian and martial art fighters, with their charismatic personality and insightful mind, provide an informative podcast about almost every topic. And in this article, we've gathered a collection of the best Joe Rogan podcast on various topics, from politics to UFO theories. Enjoy them! 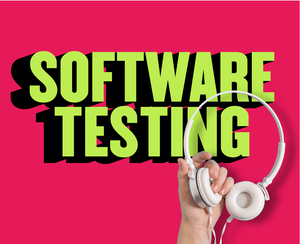 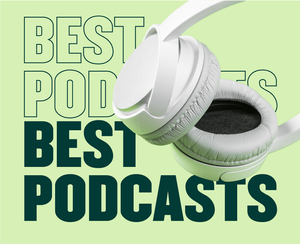 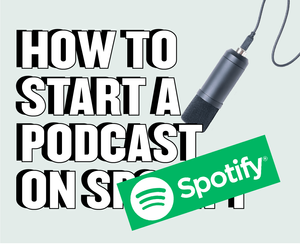 Best Practices: How to Start a Podcast on Spotify 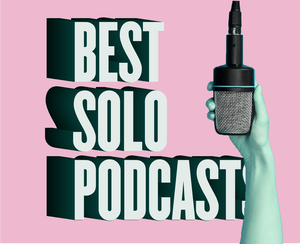 The 9 Best Solo Podcasts of All Times! The Treasure List Here!