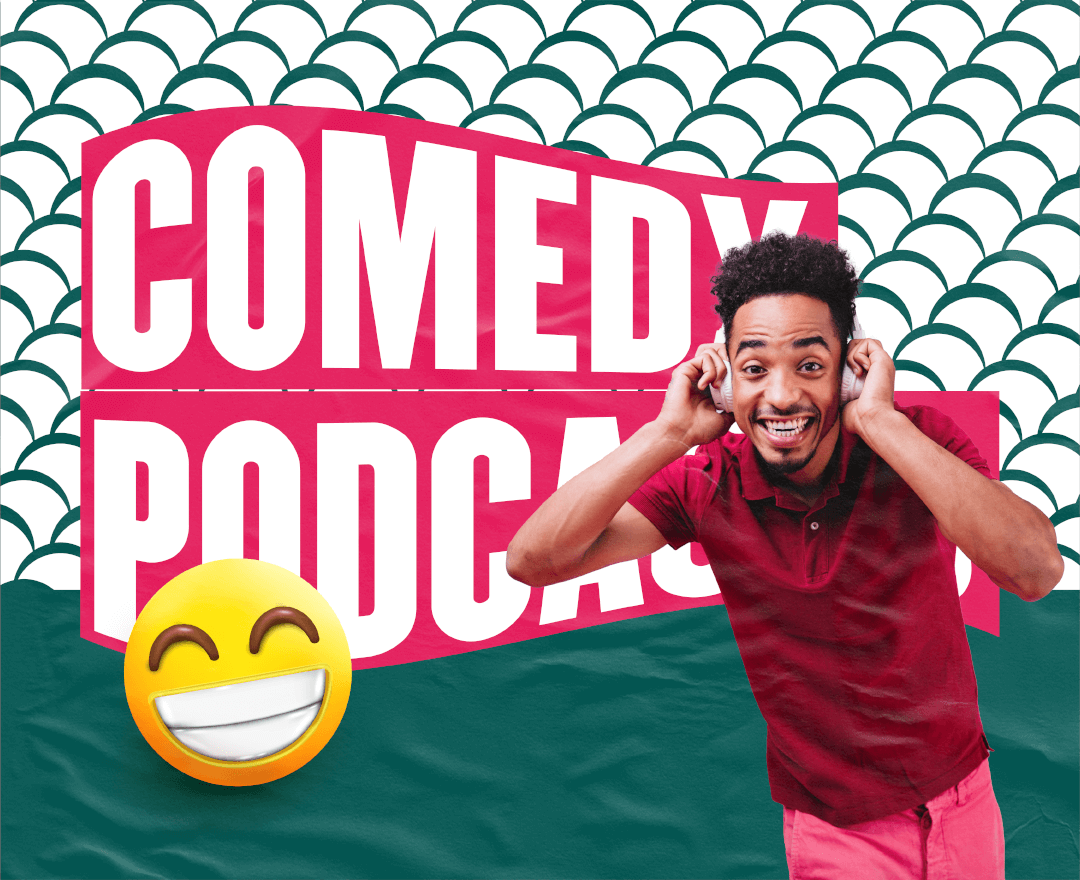 Whether you drive or take public transit, those hours spent on your way to work or any other destination don't have to be a bore. We've got you covered with this curated list of the absolute best comedy podcasts to follow in 2022!

The Joe Rogan Experience is the official daily podcast of comedian, actor, sports commentator, and TV host Joe Rogan. It has become one of the most popular podcasts around the world. During the podcast, Rogan is having a conversation with comedians, actors, musicians, authors, various famous guests and friends, such as Sam Harris, Brian Redban and Andrew Yang.

These weekly podcast series were premiered on November 18, 2018. After a long hiatus, Conan realized that people want to listen to his voice more rather than see him, plus he has never made a real friendship with his celebrity guests and he decided to launch Conan O'Brien Needs a Friend podcast. He had Adam Sandler, Kristen Bell, Will Ferrell, Dax Shepard, and others on his podcast. This funny podcast ranks among the top popular comedy podcasts on Apple and it has gotten a lot of positive reviews from its listeners. Fans enjoy O'Brien's self-deprecating humor, which makes the show more appealing.

The Dollop is a bi-weekly history comedy podcast hosted by comedians Dave Anthony and Gareth Reynolds. Episodes are not based on dry historical facts, and they feature historical events or individuals that have been selected for their humor or uniqueness, bringing those to life through comedy. In each episode, Anthony brings an entirely new topic to the table, which Reynold doesn't know about ahead of time. Since it was released in 2014, The Dollop has consistently ranked among the top-best comedies.

Wait Wait... Don't Tell Me! is NPR's weekly hour-long comedy quiz podcast hosted by Peter Sagal, an American humorist, and writer. Each week listeners can sharpen their trivia skills, test their knowledge against some of the best and brightest, and get a good laugh about pop culture. This weekly podcast features celebrities trying to figure out what pop culture event actually happened and which of the others were made up.

WTF with Marc Maron is one of the most favorite comedy podcasts since its release in 2009. This bi-weekly show is hosted by stand-up comedian Marc Maron. He welcomes numerous well-known personalities, celebrity guests to his show, including Robin Williams, Jenifer Hudson, George Clooney, David Change and many others, having honest, funny, and thought-provoking conversations with them. It has more than six-million monthly downloads.

Comedy Bang! Bang! is a weekly podcast hosted by comedian Scott Aukerman. The podcast was released in 2009, offering a mix of conversation and character work from nowadays' most popular comedians. A lot of well-known guests have been welcomed on this podcast, such as David Cross, Andy Daly, Danielle Koenig, Michael Cera, and more. Listeners love this podcast for its hilariousness and unpredictability. The podcast's format includes game segments, such as guests playing characters or posing certain celebrities.

The Comedian's Comedian is a weekly interview-style podcast hosted by Stuart Goldsmith. During each episode, Goldsmith interviews comedians about their process of writing and performing comedies. There were some notable interviewees to date include Jimmy Carr, Russell Brand, Stewart Lee, Sarah Millican, Patton Oswalt, and more.

Fake the Nation is a political comedy podcast hosted by Negin Farsad. In this weekly podcast, Negin talks about current events and what is going on in the news along with her politically savvy friends, making their listeners laugh and think simultaneously.

Ask Me Another is another comedy/trivia podcast hosted by Ophira Eisenberg and musician Jonathan Coulton. It is packed with trivia, comedy, and celebrity guests. The show was one of the top comedy podcasts for years.  Available on: Apple, Spotify, Stitcher, TuneIn